Here's what happened: On September 18, 2022, Madelyn Howard, heavily intoxicated, came cruising in her Mercedes northbound on Walnut Street at 12th Street, near Domino's Pizza, at a high rate of speed with the passenger-side wheels on the sidewalk. Two people were on the sidewalk at the time. The first managed to jump out of her way, but the second did not. Up on the sidewalk, Howard plowed into Nathaniel Stratton, 22, and he later died from his injuries. 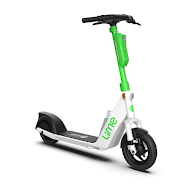 A tragic incident, and a cautionary tale of why driving while intoxicated is a terrible crime. So why is it, that months later, the media fixates on the least important part of the incident - that is, that Stratton happened to be on an electric scooter at the time?  In story after story, reporters explain that it was an "e-scooter related death", and the city of Bloomington, apparently trying to make the streets safer for drunk drivers, banned e-scooter riding at night in response.

So here we are, two months later, and we find that scooter operating licenses are on hold, partly due to this incident, as reported in the screenshot above. I've heard that scooter operators are considering pulling out of smaller cities completely, and who can blame them with poor reporting like this? WFIU gets it completely wrong.

Posted by Ben Fulton at 8:25 AM
Email ThisBlogThis!Share to TwitterShare to FacebookShare to Pinterest